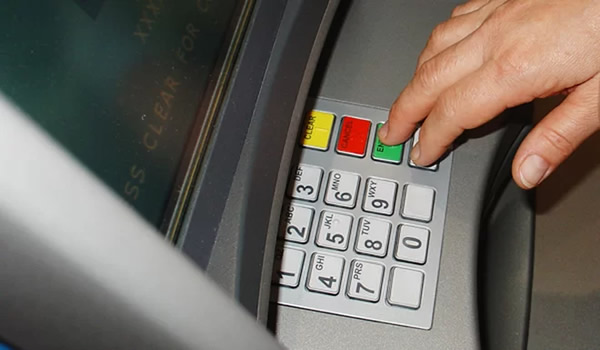 A number of Deposit Money Banks in the country have barred their customers from using debit and credit cards to withdraw dollars, euros, pounds and other foreign currencies whenever they travel abroad, investigation by Punch newspaper has revealed.
The development may put business and leisure travellers, who may need hard currencies to meet some obligations abroad , in a difficult situation.
Also, students who are studying abroad and often rely on withdrawing hard currencies with their Nigerian payment cards from Automatic Teller Machines abroad to meet certain needs may find the situation challenging.
Findings revealed that the naira volatility of the past year made many of the Nigerian banks to get their fingers burnt and the fear of losing heavily to possible future currency volatility was making them to exercise restraint in reactivating overseas ATM withdrawal services for their customers.
However, some banks, which are said to be having high risk appetite and some with partner banks overseas to make settlements easier, are having a smooth ride and as such, have reactivated the ATM withdrawal service overseas.
A top banker close to the development, was quoted as saying under the condition of anonymity that: “Each bank has various reasons for not yet activating their overseas ATM cash withdrawal service. For some banks, they ran into losses last year when the naira fell and, as such, they are trying to minimise their risks now.
“For such banks, there is no plan to reactivate it. Some others banks are not ready to reactivate the service because they are trying to check customers who are doing round -tripping. It is for various reasons that the banks are not stopping yet .”
Findings also revealed that while almost all the banks allowed customers to use their payment cards to do Point of Sale and web transactions overseas, a number of them had suspended their ATM cash withdrawals without indicating when they would resume.
It was gathered that Guaranty Trust Bank Plc, Fidelity Bank Plc , Stanbic IBTC Bank and Standard Chartered Bank Nigeria were among the lenders that had suspended their ATM cash withdrawal services.
When a Punch correspondent put a call through to their customer service centres, the banks confirmed they had suspended the services without stating the reason and possible resumption plans.
The customer service personnel, however, said the PoS service abroad and Web services were available for customers to use.
Some bankers said that in terms of volume, Nigerian banks were spending more in overseas settlements from PoS and Web than in ATM cash withdrawal.
They said the fear of money laundering by customers was a major reason why some banks had to stop ATM cash withdrawal overseas.
They also stated that for some banks, the settlement issues they had when the dollar was scarce last year was making them to limit their card usage abroad to only PoS and Web transactions.
Following the crash in global oil prices, the drop in Nigeria's foreign exchange revenue and the resultant dollar scarcity that hit the economy had made the local banks to suspend the ATM cash withdrawal and the PoS services abroad. They also stopped web transactions.
However, following the improvement in forex supply early this year, some banks announced the resumption of the services.
Some of the banks that have resumed full services in these area include United Bank for Africa Plc and First Bank of Nigeria Limited. Similarly, Zenith Bank Plc, Ecobank Nigeria and Skye Bank Plc have announced that their customers can do the ATM cash withdrawal, the PoS and web transactions.
But some of the banks, which have yet to resume full services, claimed that the regulator was not giving them approval to do so.