El-Rufai Must Be Stopped

January 09, 2018
...being text of the press conference by the President of the Nigeria Labour Congress (NLC), Comrade Ayuba Wabba, mni  on Tuesday 9th January, 2018 at Paschal Bafyau Labour House, Abuja 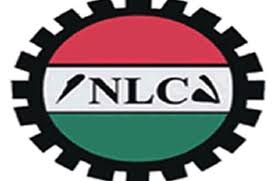 Gentlemen of the Press,
As you are aware, the trade unions and their members have been having a running battle with the Kaduna State government over the premeditated and callous sack of about 36,000 workers from the state public service. Affected in this odious  act of the governor, Mallam Nasir Ahmed El- Rufai, are 21,000 teachers, 4000 local government workers, and 8000 workers from various state Ministries, Departments and Agencies, including tertiary institutions.

These acts of impunity against workers have been committed by the state government under the   guise of a so-called competency test that was deliberately programmed to fail teachers and a spurious programme that goes by the name the Public Service Revitalization and Renewal Project, which are all a smokescreen by the state government to fulfill conditions   for accessing a World Bank loan that will be paid back by the working people who are tax payers for generations to come.

In conformity with international best practices and recognised industrial relations engagement, the trade unions had taken the path of conciliation under the auspices of the Honourable Minister of Labour and adjudication at the National Industrial Court (NIC). To our consternation, Governor El-Rufia did not only jettison the conciliation process which was bogged down by his unreasonable tirades, but brazenly refused to obey the order of the Court that all processes in the sacking of teachers should be put on hold until the determination of the  case.

Comrades and Gentlemen of the Press,

Immediately after the New Year on 3rd January, 2018, the elected Governor of Kaduna state, in obvious disregard and fragrant abuse of the existing court ruling and the legal process, issued letters of disengagement to thousands of teachers and back dated them to November 3rd, 2017 ostensibly to circumvent the court order. This perfidy is not only irresponsible and unbecoming of a governor elected under the revered   Constitution of the Federal Republic of Nigeria, but a criminal act and an affront to the well cherished principles of law and natural justice.

Our concerns, and indeed those of well-meaning Nigerians include the illegal and unacceptable processes employed by the Governor and their direct impact on thousands of dependants of 36,000 workers and their families thrown in one fell swoop into the unemployment market. More worrisome are the grievous and negative implications of this in a state grappling with social tensions and societal ills such as kidnappings, armed robberies, killings among others.

Comrades, Gentlemen of the Press,

The actions of Governor El-Rufai are largely propelled by his rabid obsession to access a loan and  mortgage the lives and livelihood of thousands of workers, and indeed the people of Kaduna state to the IMF and World Bank.

We make bold to say that no sane and humane society will contemplate such inconsiderate policy as a mass sack, talk less of implementing it at a time everyone, particularly policy makers have made us believe that the country is barely out of recession. Seriously minds in both the public and private sectors are focused on reflating the economy, creating jobs and curbing all forms of social insecurity. Thus,   we find the actions of El-Rufai   totally inhuman and economically illogical, and not worth venturing into.

It is apparent that El-Rufai’s approach is a clear violation and abuse of the tenets and provisions of our labour laws and well known international best practices, and are capable of exacerbating social tensions and societal ills in the state.

Having exhausted all processes aimed at constructive engagement with the state government, it is clear that El-Rufai has to be stopped by all means with all means lawful for the sake of Kaduna State and Nigerian people.

Consequently, we shall commence a series of actions with the first phase of protests in Kaduna on 11th January, 2018 to constitutionally defend the rights of the affected workers in the state.

We once again call on Mr. President and all well-meaning Nigerians to please intervene.