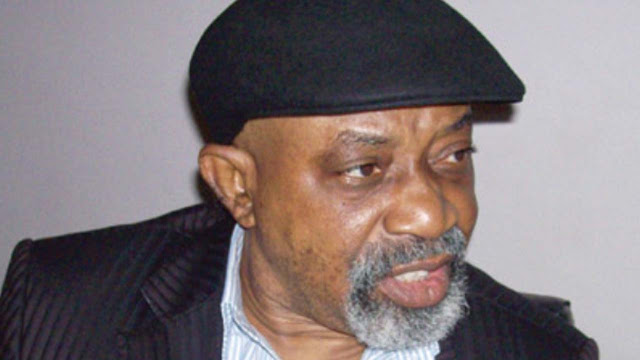 The Minister of Labour and Employment, Chris Ngige has described as misleading and needless the controversy over his interview with the press on the commitment of the Federal Government to the burial of former Vice President , Alex Ekwueme, as he did not attach any figure to what he termed "a deserving national tribute to one of Nigeria's foremost Statesman."

A statement from the media special assistant to the minister, Nwachukwu obidiwe on Tuesday, said Ngige only gave a summary of the number of projects the Federal Government has taken to ensure that a man who easily was Nigeria's beacon of democracy was given a decent burial.
The statement says for the avoidance of doubt, what Ngige did as a member of the Burial Planning Committee was to give the details of the road rehabilitation projects from the Awka end of the State and from Abia and Imo State axis, all leading to Ekwueme's home town of Oko, as well as the medical services, the Mausoleum and others. But at no time did the Minister attach a figure of One Billion Naira!

The statement added that the Minister is an Igbo and knows full well that just as a count is not taken of the number of children a parent is blessed with in Igbo tradition, the same tradition holds the burial rites and attendant expenses even more sacred to warrant such display of figures.
The statement further said that the Burial Planning Committee was satisfied with the progress of the work and looked forward to a very successful event which has already kicked off beautifully and successfully in Lagos, Abuja and Enugu.