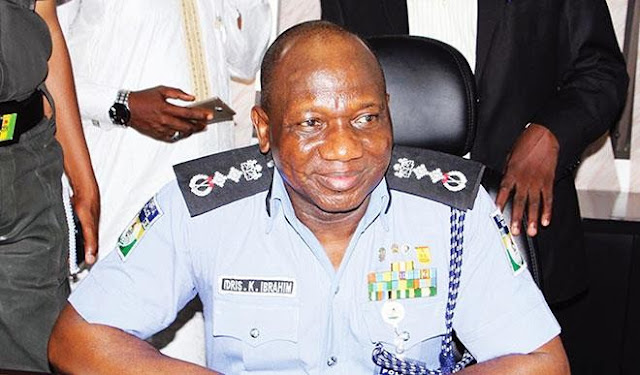 Contrary to claims that rampaging herdsmen masterminded the killing of over 20 persons in Benue state in the early hours of January 2, the Inspector General of Police,Ibrahim Idris has written it off as a mere communal crisis.

He said there was need for harmonious living among Nigerians, just as he disclosed that an approval has been given by the presidency to deploy more police personnel to the troubled states especially Benue and Nasarawa.

Hell was let loose on January 2 when herdsmen allegedly opened fire on residents in Akor Village in Guma Local Government Area of the state, leaving in its trail over 20 persons, including a pregnant woman dead.

Although an anti grazing Act exists in Benue, the attack was reported to have been carried out on the farming community by herdsmen.

According to the IG, Nigeria is well policed.

The IG said,"You know any time we meet Mr. President you know the area of discussion is how to have effective security for the nation.

"You know I deployed my DIG there yesterday and you know we have different stages of police, you have the AIG in Benue, Commissioner of Police in Benue and all of them are putting their heads together to see how we address this issue of community problems in Benue.

"Let’s use the example of Benue, you know most of these states where you have several languages, you know is an issue of communal misunderstanding. I think what we should be praying for is for Nigerians to learn to live in peace with each other, I think is very important.

"There are so many measures. For instance in Benue we are going to deploy more units to support the efforts the Police is making in the state to ensure we have adequate protection to the men and communities and members".

Asked if he is sure Nigeria is well policed with break down of law and order in different parts of the country at the same time, Rivers, Benue, Kaduna,he said,"obviously I think Nigeria is well secured"

Also asked if the country is under-policed?

He said,"I cannot say Nigeria is under-policed or overwhelmed.

He gave assurance that the Benue incident will not repeat itself again, going by new measures put on ground to tighten security.

President Buhari had reacted to the killings when he commiserated with the Governor Samuel Ortom.

The President said he was deeply sad at the “wicked and callous” attacks on even innocent children.

“This is one attack too many, and everything must be done to provide security for the people in our rural communities,” Buhari had stated.

Recall that six Fulani herdsmen were recently arraigned at the Chief Magistrate Court 1 in Makurdi for alleged involvement in the killing of the Benue residents.