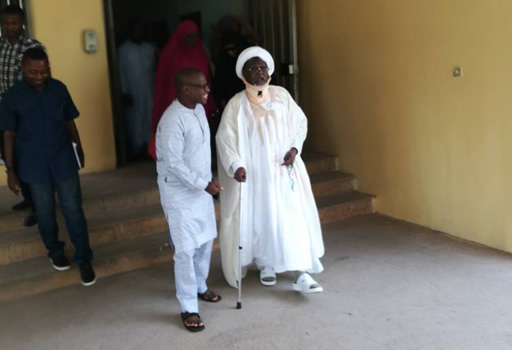 The Leader of Islamic Movement of Nigeria, which is popularly known as Shiite Group, Shiek Ibrahim El -Zakzaky has debunked the rumours making the rounds that he is dead.
The Islamic group, which is also known as Shiite Movement, has a large followership across the country.
El -Zakzaky spoke with a select group of journalists at the office of the Department of State Services in Abuja on Saturday.
It was his first appearance after two years of his arrest by the army following the clash between his followers and soldiers in Kaduna, Kaduna State, in December 2015.