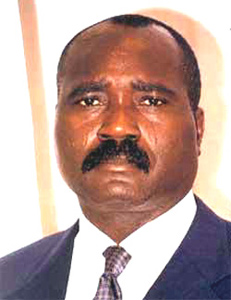 SaharaReporters claimed to have obtained the information from sources close to it in Washington, DC.

One of the sources revealed that the American consular authorities had written to Mr. Igbinedion to tell him that he was no longer welcome in the US.
Another source indicated that the former governor, who has been convicted for corrupt practices shortly after  his governorship term, had multiple entry visas to the US. "However, he has received a letter revoking his visa," said the source.

EFCC documents indicate that Mr. Igbinedion who was a two-term governor in Edo State, looted the state's  treasury.

The source said the US government was reviewing the files of some of Nigeria's current and former government officials and will deny them visas once they are deemed undesirable on account of their engagement in corruption.