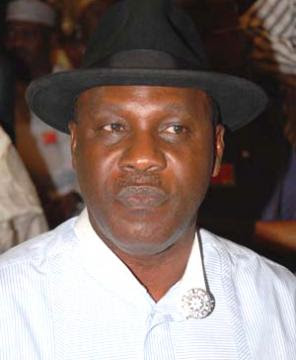 Following calls by the Civil Liberties Organisation CLO for the removal of the Minister of works and Housing, Mr. Mike Onolememen, and his counterpart in the Niger Delta Ministry, Elder Godsday Orubebe for what the Organisation described as the failure by the two ministers  to complete the construction of the East west Road, the Coordinator, Centre for Credible Leadership and Citizens Awareness, Dr. Gabriel Nwambu says the call is part of a series of witch hunt against the Niger Delta Minister.
Rivers State Chairman of CLO, Mr. Steven Obodoekwe, in an interview with the Punch Newspaper earlier this week had lamented that the road which links the South South states had claimed over 200 lives due to its deplorable state.


It will be recalled also that a group known as anti corruption Network led by a Former member of the House of Representatives, Dino Melaye had accused Elder Orubebe of corruption, detailing properties it said were illegally acquired by the Minister.

However, in sharp contrast to the Melaye group, Dr. Nwambu of the Centre for Credible Leadership and Citizens Awareness lauded the achievements of the Niger Delta Minister which according to him inludes:

The re-design and dualization of the same East-West Road to accommodate bridges etc. because of the peculiar terrain and soil texture of the Niger Delta region.

Resuscitation of ailing and moribund firms in the region among other innovations aimed at opening the region to other commercial and social activities, creation of skill acquisition centres, initiation of the Canalization/River Training project at Foupolo Bulou Ndoro Creek, Canalization at Odoubou Ogbabagbene which is expected to open up the region connecting to the lake to boost tourist attraction with its biannual fishing festival synonymous to the Arugungu festival among others.

Following the land degradation as a result of oil exploration and exploitation, Dr. Nwambu added that Elder Orubebe also commenced the Land Reclamation/Shoreline Protection Project at Ogbobagbene in Burutu LGA of Delta State.

Dr. Gabriel Nwambu said all the projects were verified after his Organisation's visit to the various sites, he  therefore wondered why Mr. Orubebe after achieveing so much with very little budgetary allocation to the Ministry had come under intense criticism even as it was obvious that the Niger Delta Ministry had been starved of funds by the National Assembly.

He insisted that the Niger Delta Minister is a victim of cheap and unfounded blackmail targeted at mutilating his image, portray him in bad light, subject him to ridicule and heap the blame of lack of fund on him.